Bombay seems to have been hit really bad due to the rains, fire, landslides and what not. It’s a wonder how the same elements – water, fire, earth – give us life and can engulf us at the same time. Hope the city recovers fast. With no TV/radio access (to Indian news), all I have here, is the internet for updates. There are some heart wrenching tales out there. Frantic people have used rediff’s space for help in getting in touch with their friends/family or pouring out their woes against the city’s infrastructure. With animals dying because they were still tied when their owners fled, to seeing bloated carcasses, Bombay is full of tales of children stuck in their schools, employees stuck in their offices or on the streets and frantic parents/relatives worrying themselves sick. Thankfully my sister was already in Delhi, on an impulse visit from Bombay when all this happened.

My own experience with some torrential rains in Delhi, is a “walk in the park“, compared to what an average bombayite is going through.

powered by shantz-wp-prefix-suffix
I have often wondered in the recent past, how come the bollywood bigshots, who spare no country in search of locations and shoot in locations like Amsterdam and Switzerland, have not exploited Finland and it’s untouched, pristine beauty so far. I was not surprised when I read that some filmmakers are indeed planning to shoot over here.
YLE TV reports – A leading Indian director, Samir Karnik, is currently in Finland hunting for locations for new film productions. The Finnish Tourist Board hopes Bollywood enthusiasm for Finland might lead to a tourist boom.
And the Finns are actually considering it a shot in the arm for Finnish tourism! Read more here.

powered by shantz-wp-prefix-suffix
In Finland there are two official languages and no, English is not one of them. These are Finnish and Swedish. Finnish, supposedly, is derived from English, German and Swedish. (Now I wish I had taken at least some German classes before coming here). At some point of time in history, Swedish used to be the official language here. Now, Finland is a bilingual country where 6 % of the population are Swedish speaking. Swedish lessons are still compulsory in comprehensive schools. English, however, has become a “second mother tongue” for young people. Most (not all) people here can speak English though a lot of them have to think and speak slowly, processing it in their mind perhaps. Anyway this is much better than Japan where well educated people can not even speak English for their business needs. The chances of getting any kind of language help (in Japan) in a public place are really bleak. Your best bet would be a good practice of dumb charades*#. As far as written language is concerned, at least one can *read* the script of Finnish/Swedish and try to say something when referring to a place or anything else. Japanese renders one totally helpless.
Thanks to the Swedish speaking population, Finland’s connections to Sweden and other Nordic countries are close. Swedish TV and other programs in Swedish are broadcasted out here. Sweden has Finnish as its minority official language.
People like us are faced with the bilingual situation in Helsinki when it comes to street signs and advertisements. We did not know earlier that everything was written once in Finnish and then in Swedish. So what was really two names of the same thing, was thought by us to be a two word name of something. Leppavara Alberga wasn’t really a long name of the district where my office is. Rather Leppavara is the Finnish name and Alberga, the Swedish one. At times the Swedish names seem to be quite similar to the Finnish ones, at least phonetically for eg. Espoo is Esbo in Swedish. Now that we know everything has two names of the same place, we might get confused easily when there are two words for a single thing.
Most products here in the convenience stores have markings in Finnish and Swedish. If not these two, then an additional one would be in German (or maybe any other Nordic language). If you are really in luck, you might find some products with ingredients/contents marked in English as well, but that’s something very rare. Even products from India do not have their contents in English. It’s my hunch that some words in Finnish are also derived from Hindi. For eg. Pineapple is ananas! and Moong dal is Mung/Moong! Or maybe these products were ‘brought’ from India to begin with and hence the names stuck. Some words in Finnish are quite easy intuitively but one can’t always rely on the assumption that they mean what they seem to mean. For eg. maisi is maize, paprika is obviously pepper, kakku is cake. But porkanna is not pork but carrot! And appelsini is not apple but orange! (this is the most common assumption most desi’s make – urs truly not included). Apple is instead omena. For survival, we have tried to learn the words for chicken, egg, pork, beef, ham, duck etc so that we can at least make out some contents.

Finnish (and other nordic languages) has more vowels than English. These are ä, ö and y (apart from a, e, i, o, u) which are counterparts of a, o, u. I have already mentioned the usage of ‘j’ in Finnish. ‘y’ is also not pronounced as ‘y’ as in year but rather with a ‘u’ sound. So Yksi (means one) is pronounced as ‘ooksi’ and not ‘eeksi’ or ‘yikesi’ (cutesie equivalents of eeks and yikes). Out here ppl say ‘Yau’ (Yes), which is somewhere in the middle of Ya (yes) and Yo (‘cool’ way of saying yes). There are (a lot of) words differing only in the length of a sound and incorrect length can easily confuse anyone here. Like the Japanese, Finnish are also quite sing-song when it comes to talking but less than the Japanese anyway. Voice modulation keeps changing a whole lot. The ‘r’s are rrrrrrolled off their tongue and the ‘t’s are much much softer than normal ‘t’. It’s more dental (sound is made by the tongue touching the teeth) rather than the usual ‘t’. The Japanese way of speaking is very squeaky and nasal. They like to mull over a word (and in that process stretch it a whole lot and make it sing song too) or say it very quickly (rapid fire). Either of the two can happen. The Finnish, don’t stretch their words as long. When they get stuck (during translation to English that happens), they repeat the syllable again and again (the-the-the-the-the), whereas the Japanese, stretch it and make it sing song (thhhhhhhhhhhhhheeeeeee). The Finnish are also very fond of saying ‘Aha-aa’ and with modulation that could varyingly make it sound like a surprise, a realisation, a magic trick or whatever. ‘Ok’ is said with a whole lot of force into the ‘kay’. It makes one feel as if one is watching theatre. They also say ‘buh-bye’ or ‘bye-bye’ instead of ‘Bye’. It’s not considered childish or anything. Everyone says it and so do I.I think my English is going to be “t’ot’ally” distorted by the time I get back.

* – acting out words without speaking
# – I searched for a suitable hyperlink for ‘dumb charades’ and one of the sites churned out is of my employer, where they write about the cultural events!

I wanted to write since a long time about the TV serial Star Trek, which I associate with fond memories of childhood. Oh! How I admired Captain Kirk :p. He looked like such a dream… My aunt even made a fool out of me by telling me that he came to her office one day and the next day I blabbered it at school (I was in the I or II std) and eventually realised one of my first lessons in life. But this isn’t about childhood innocence. This isn’t even about those childhood memories of TV/sci-fi fascination which have been revived because I watch that same series of Star Trek here in Finland, now. This is about Scotty, the chief engineer aboard the U.S.S. Enterprise, who died Wednesday morning at his home in Redmond, Washington, at the age of 85, the cause being pneumonia and Alzheimer’s disease. In my mind he’s still the same young Scotty, I saw just a few hours ago on TV, dutifully beaming Capt. Kirk, Spock, Uhura, Chekov and the rest, back to the Enterprise.


With his sad demise, ‘Beam me up, Scotty’ has a new meaning now. 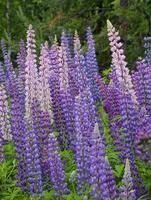