About a year back, I visited Padavedu in Tamilnadu and absolutely loved it. The fact that it was technically a forest really enticed me. It was full of paddy crops and coconut & banana trees among other things. Life seemed to be relatively stress free and people, content. My 4g Internet connection worked fine. What else does one need? I could actually see myself living in such a place with no pollution and organic food by default! 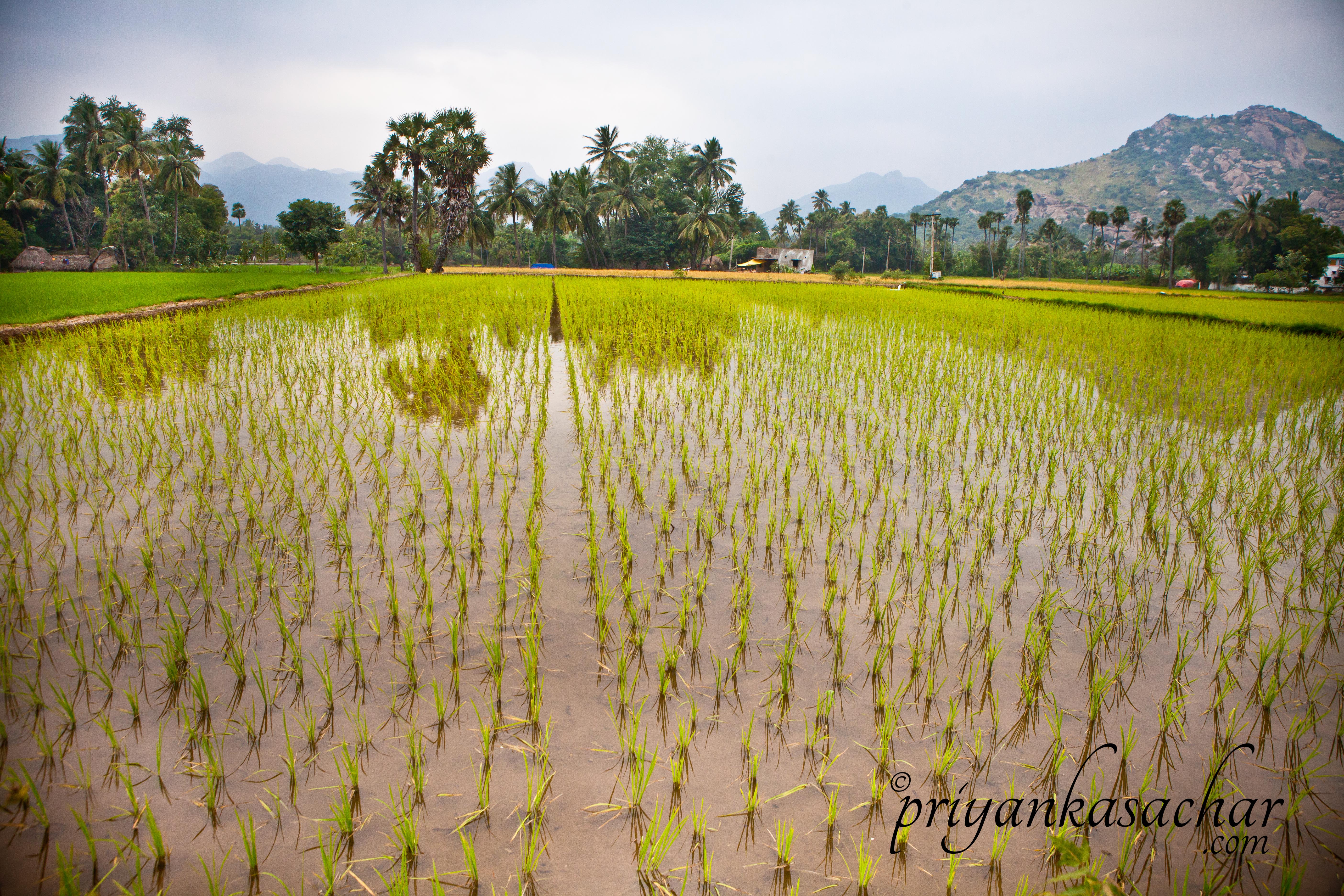 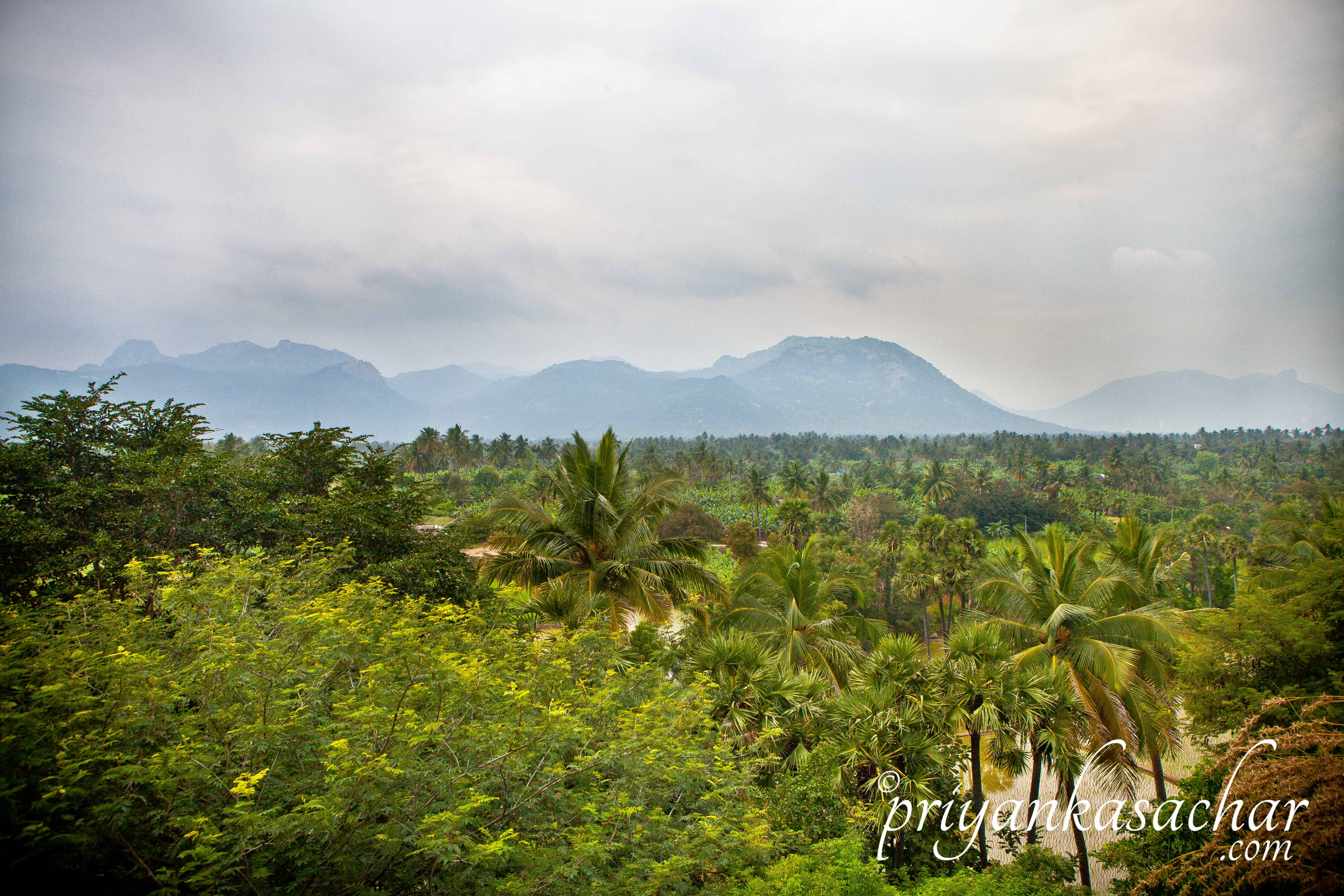 Padavedu is nestled near mountains

The name Padavedu came into being Since Princess Renuka (who later became goddess Renuka) camped there with her army and the sacred place was named “Padai Veedu” (army encampment). This beautiful pastoral village was once the capital of Sambuvarayar Dynasty. Tamilnadu is full of myriad colourful temples. It was very interesting to see how there was one at literally every 10 metres! At one such prominent temple, I noticed that the statue of a goddess was outside the temple and that it was headless! 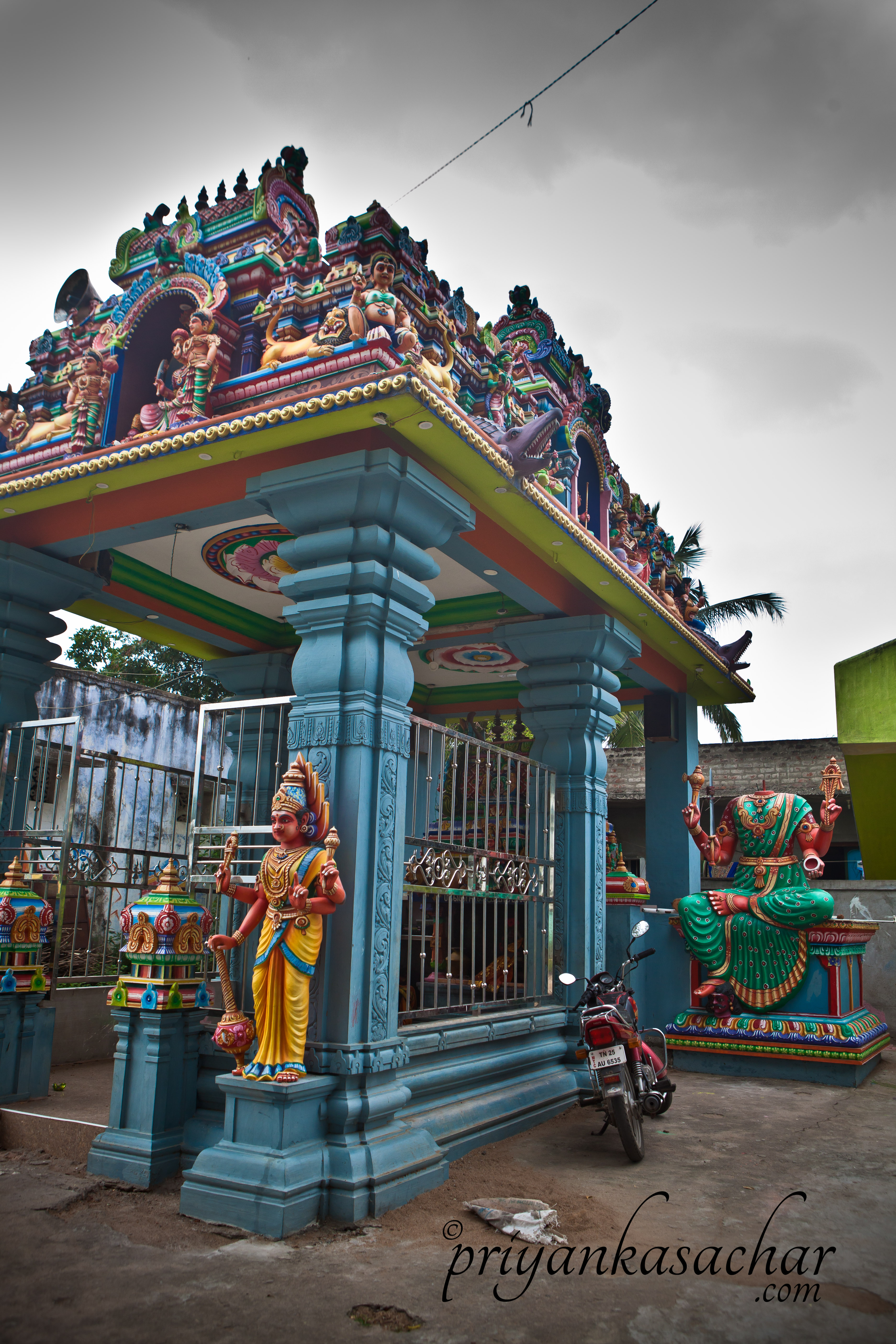 Headless goddess statue outside the temple

I asked people around me why that was so, and I was told that according to legend, Princess Renuka married Sage Jamadagni and had 5 sons (one of whom was Parshuram – Ram who wields the axe). She was a devoted wife who held such devotion that she used to carry a pot made purely out of unbaked clay every day to a river, to fill with water. The pot held its shape solely due to her devotion. One fine day, she saw beautiful Gandharvas at the river, frolicking around and having fun. Her attention diverted for a split second, and the pot held together by devotion, broke. When Sage Jamadagni learnt of this, he ordered his sons to decapitate their mother’s head. 4 of them refused under some pretext or the other and were consequently turned to stone by the sage. But when Parshuram (reincarnation of Lord Vishnu) arrived at the scene, he complied with his father’s wishes and indulged in matricide.

Since he had followed the instructions, he was awarded 2 boons by the sage. Needless to say after this matricide, all he asked his father was to reattach the head of his mother & to restore his brothers. The sage complied and now there are several temples all over south India that depict this legend with a headless goddess. There is a head kept separately that is annually prayed to, attached to the goddess and then again packed back. What a fascinating legend!

There are in fact several different oral versions of this legend. One has it that when Renuka’s head was restored, she multiplied into zillions of goddesses who went to separate regions in South India and all of these are now temples which are 1000’s of years old. Another version says that Renuka had fled to a low caste village, where Parshuram decapitated her and a low caste woman who was trying to help his mother. But when Sage Jamadagni reattached the heads, he mixed the bodies. So the woman with Renuka’s body and a different head became Goddess Renuka and the low caste woman with Renuka’s head became Mother goddess Yelamma. In fact Renuka Lake in the Renuka Sanctuary in Himachal Pradesh, is named after the same goddess!

Apart from these temples there are just so many fascinating temples in Tamilnadu which are over 1000’s of years old. All I could do on my Chennai to Delhi flight was wonder about the secrets & fascinating legends that these ancient temples held!