Skip to content
Home » 2006 » January » 11
During my stay in Helsinki, I went to the ISKCON temple there, on a particular weekend. I was in for a surprise (which comes later). Before reaching the temple, I got accosted by a man who told me that he was from Zambia, the immigration office was closed and he, his wife and kid (in pram) had not eaten and needed money. Had I been in India, I would have not even reacted to the story (leave alone believing it) and just walked off. But being in Helsinki, where ppl don’t even know what crime is and what theft is, I did as a Finn would. I took out all change I had (little more than 2€) and gave it to him. I got some god-bless-you’s and I considered it as my good deed for the day before going to the temple. After walking a little further, I checked to see if that guy was ‘duping’ someone else or rather asking someone else for something. I couldn’t see him, so gave him the benefit of doubt. 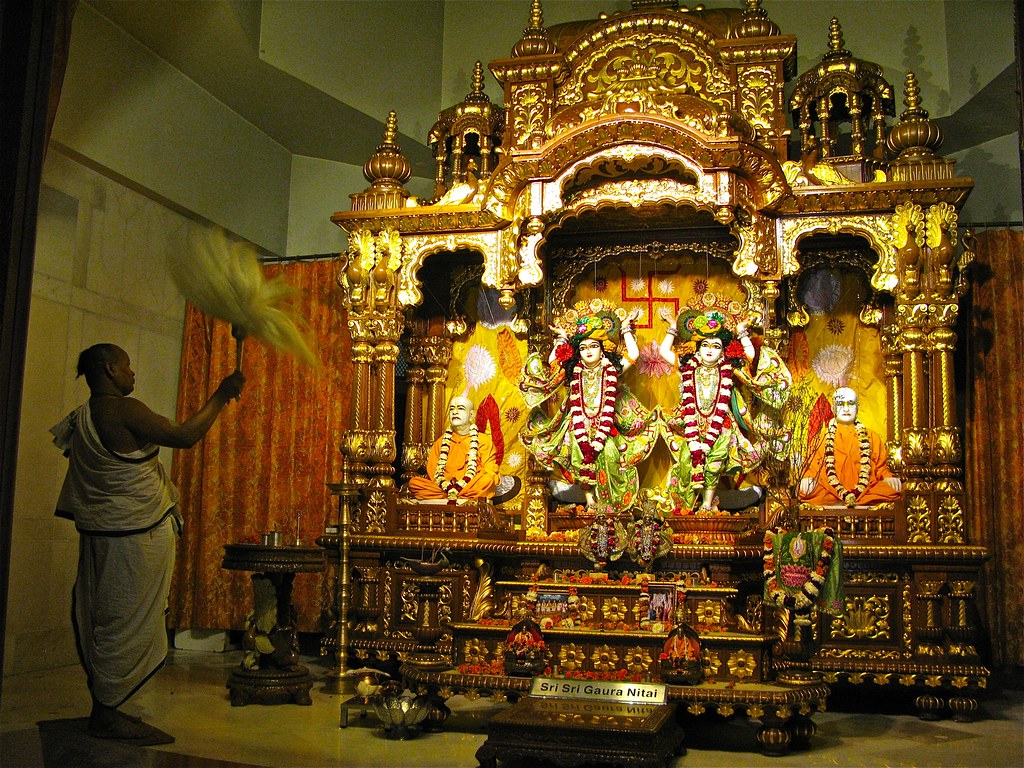 Before this time, I had never been to the temple earlier. I had a rough idea of the location, but then in Helsinki, temples dont “look like” temples. It’s a regular apartment in which ppl have established an ISKCON temple. There’s nothing fancy or remotely religious about it. The architecture is not lavish as a temple’s but as normal as a typical apartments’. There is absolutely no indication whatsoever, unlike the multiple inescapable ones in India, that a house in there, houses a temple. There’re no prasad walas, no phool walas, no stalls to collect ones footwear, no street kids eyeing the prasad and of course absolutely NO crowd and NOT a sound. You look for it, the way you would look for any other apartment in Helsinki – by referring to an address and a map. You announce your arrival by ringing a door bell and talking on the intercom. I must add, while referring to a map in Helsinki or even other European countries, one needs to keep in mind the fact that odd numbers are on one side of the street and even ones are on another. A lot of ppl get confused about where the number in between disappeared. This is something many foreigners don’t realise even after having stayed there for months. Of course in India, you rarely have any numbers or addresses for a temple. They are just known by word of mouth according to the devotion of the local population.This temple has a special pooja on Sundays and a feast (langar) after that. This is enough for us desis in desperate search of Indian food. So on this particular weekend, I set out looking for the temple at Ruoholahdenkatu 24 D 3rd floor, Helsinki. I expected things to be quite different, but the only way to realise how different they are, is to actually experience them. As I entered the temple, I saw extremely fair, slim, blonde ppl dressed in orange robes. Now that is quite a contrast to a typical pundit we see at temples. If nothing else, at least the hair colour is different. Seeing blonde “bodis” around me really amused me. The next was the speech. They were of course talking in Finnish or English and whatever little Hindi was uttered, sounded like a foreign language. 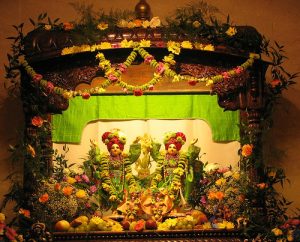 The bhajans were accompanied by music which either made them sound like a rock band performance or christian ballads! There were lots of female devotees too. They were wearing sarees! Though, they were clad in sarees their modern outlook was evident too. Almost all of them had worn a tanktop or a t-shirt instead of a blouse. The 1 or 2 who had worn an actual saree blouse, had chosen a total mismatch in colour probably because of the understandable dearth of blouses in their wardrobe. For a lot of them the petticoat was not just peeping out from under the saree, but also raising a full eyebrow! The quality of the sarees was nothing great. They certainly looked like they had been bought from a roadside shop in Janpath. Add to it trendy makeup, pierced eyebrows and navels, tatoos on the back or arm or anywhere else, and you have an idea of what the female devotees looked like. At least we didnt have any funny coloured hair ones. Even small little girls maybe 5-6 years in age, were dressed in similar “sarees”. All the devotees had a tikka on their forehead which is pretty unlike a tikka I had ever seen earlier in India. This tikka doesnt stay on the middle of the forehead. Instead it looks like it slipped under and starts from just above the bridge of the nose and goes down till the middle of the nasal bone! But that’s probably the way ISKCON devotees put a tikka. (Nothing Finnish about it). All the Finnish devotees had adopted Indian names like “Prasad”, “Radha Swami” etc. which was again quite amusing.
The aarti started at 4pm and proceeded till 5:30pm, during which there was something similar to a “hi-tech pravachan”. The priest used a laptop, projecting some pictures of temples or holy abodes in India. He also recorded the “pravachan” through an mp3 player. In all the sessions that I attended later, it was very interesting to hear about Lord Krishna from a foreigner point of view. One thing was clear. This was no serious spiritual talk or a do’s/dont’s list. It was more of a narration of fables which were somehow extremely sp 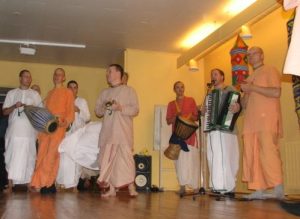 icy in nature rather than holy, probably because Lord Krishna is a “fun” god. He had all the naughtiness a child could possibly have. He flirted with the gopis. He enjoyed with this friends. He even stole butter. This probably lends a certain affability to the God rather than him appearing inaccessible, with a larger than life “please-me-if-you-can” image. At the end of the “pravachan” would be a lot of song and dance. All devotees would raise their arms up towards the sky and chant “Hare Rama Hare Krishna” and sway with the rhythm. The atmosphere gets really charged up. In the end one would put in some donation in the “daan paatra”, obviously in foreign currency and get down to eating an Indian meal which tastes quite quite (this isnt a typo) different.
On Janmashtami, the temple organised a proper Pooja, with contributions from a lot of the Indian, Nepali and Finnish population. A proper “ranga rang karyakram” was arranged, where a skit with a baby Lord Krishna was enacted out. Only the baby looked a little African with that curly hair and Yashodha was blonde. After the usual pravachan, chant, dance, meal session, the devotees went out into the streets as a procession. They carried with them a couple of photos of Lord Krishna, and chanted the “Hare Rama, Hare Krishna” chant. I have never seen such a thing, even in India. Or maybe I wasn’t looking. Irrespective of whether one finds it hohum or Soham, one certainly would agree with the way the priest there chants. “Glory be to Krishna”.